When you know, you know. Karlie Aiken had that feeling when she met her now husband, Alan, through a mutual friend. They got together for lunch, then dinner the next night, where they sat talking for five hours.

“We were pretty much together every day from there on out.”

Both knew what they were looking for and instantly clicked. Three months later, they were on a mountain top taking photos to give their parents as Christmas presents when Alan popped the question. (Their photographer, who was also the friend that introduced them, naturally captured some amazing shots of the proposal).

When it came time to plan the wedding, Karlie once again knew what she wanted—or she thought she did. Her vision of a winter wedding with her wearing a form-fitting long-sleeved dress quickly met its demise.

“I went in to try a long sleeve dress on and I was like, ‘I hate this. This is terrible,’” she recalls.

Her road to the right dress continued to be bumpy. Karlie, who lives in Arkansas, was coming to Kansas City with a group of friends to go dress shopping when she got a kidney infection. With four appointments already booked, she decided to tough it out. At the first place, she fell for a blush dress’s color, but not its design. By the third stop, she felt terrible and was ready to settle on a dress. Friends convinced her to go to the last appointment to make sure she wasn’t missing out.

As soon as she walked into Savvy Bridal, Karlie spotted a blush dress on a mannequin. She tried it on and once again knew she’d found what she was looking for— a strapless blush mermaid gown—even if it wasn’t what she expected.

Of course, finding a dress is only part of planning the wedding. Like so many brides, Karlie turned her attention to Pinterest, which she describes as her best friend and worst nightmare when it came to planning her nuptials. Karlie ultimately found that she got a bit too wrapped up in the process.

“The most important part was him and I, and I kind of got a little sidetracked and was worrying about everything else,” she explains. “I needed to bring myself back to reality and put things in perspective.”

The couple decided to elope in March and then have a wedding in Fayetteville, Arkansas, in October. Karlie loved celebrating their union with family and friends and seeing her husband’s reaction as she walked down the aisle.

Held in the Arkansas Air and Military Museum, a hangar filled with vintage planes and cars, the day was vintage-chic. The venue nodded to Alan’s Air Force service while the donuts and coffee served played playful tribute to his job as a cop.

Karlie planned the affair herself and endured all the stress that came along with it. With the wedding in the rearview mirror, she has some advice for other couples: “Hire a wedding planner.” 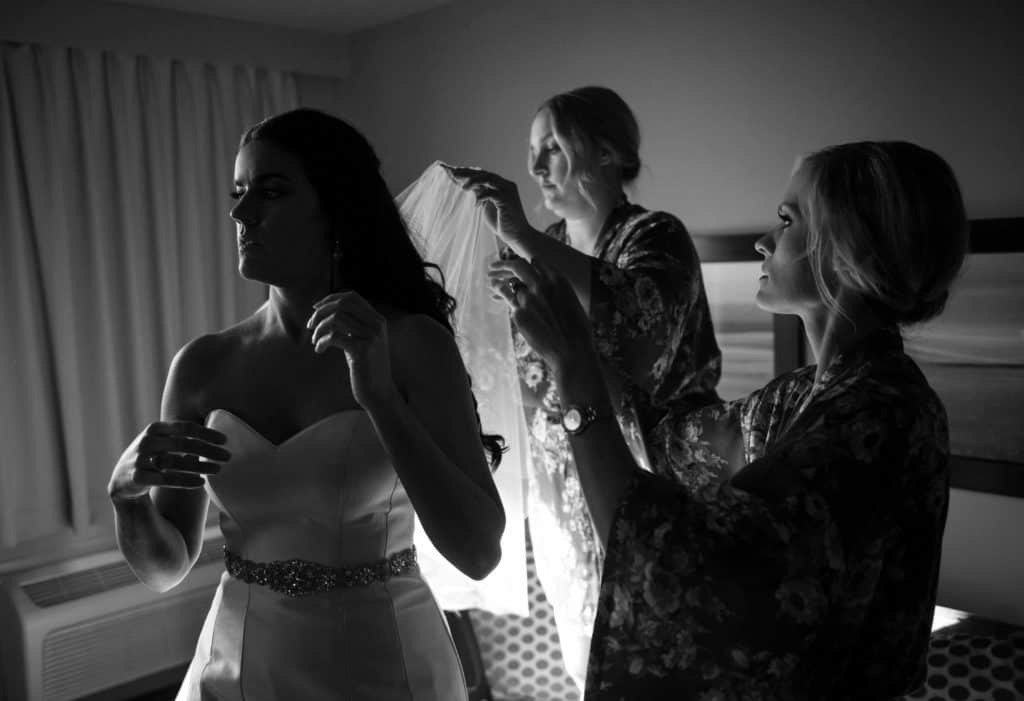 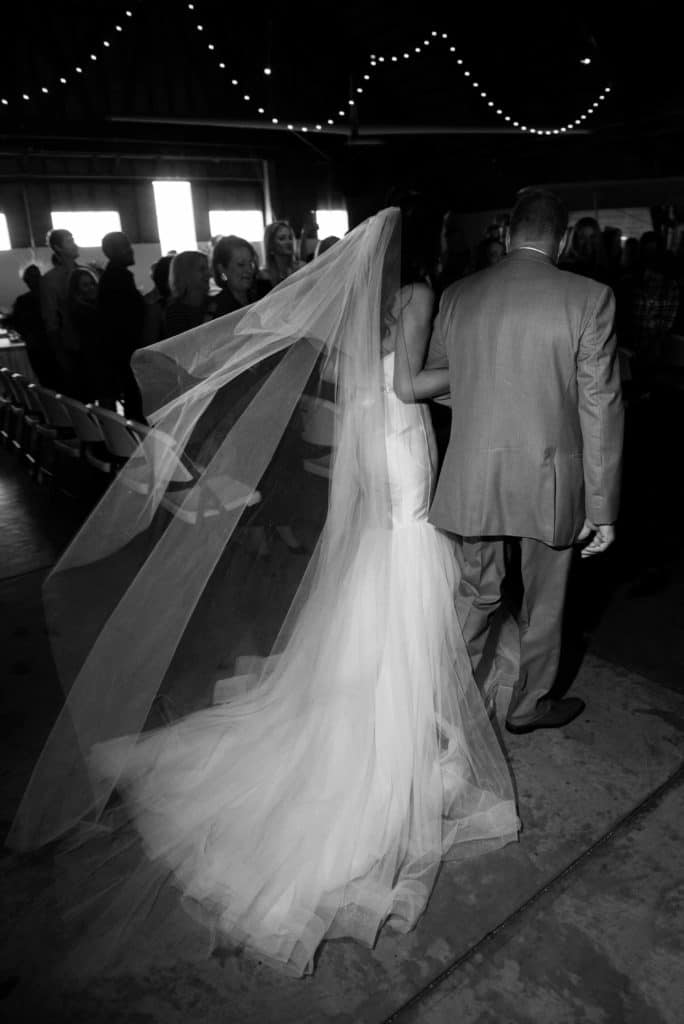 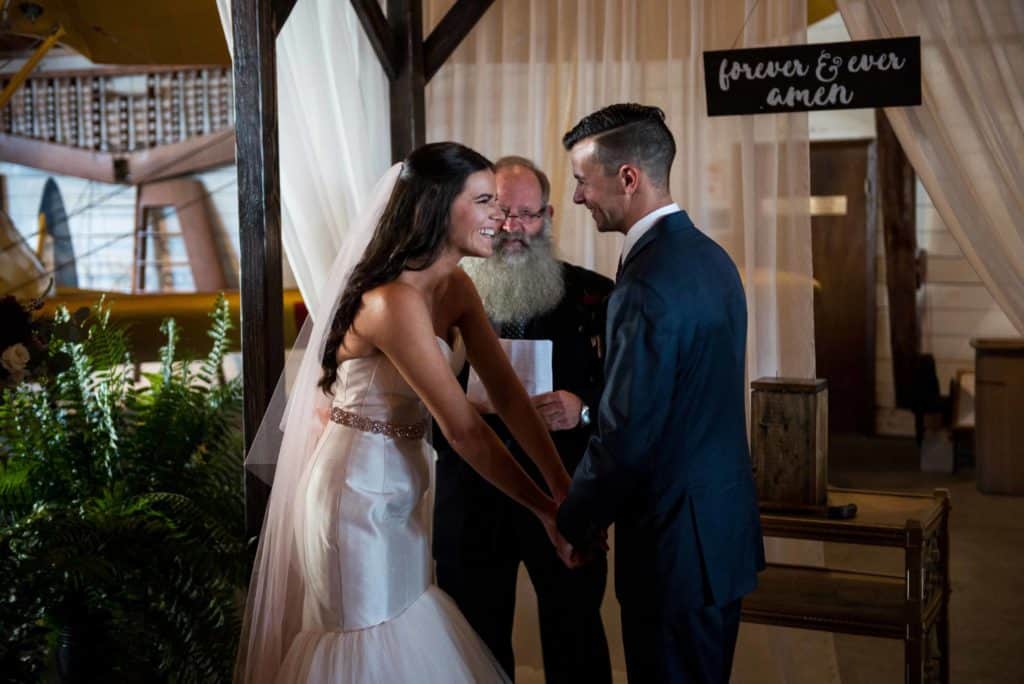 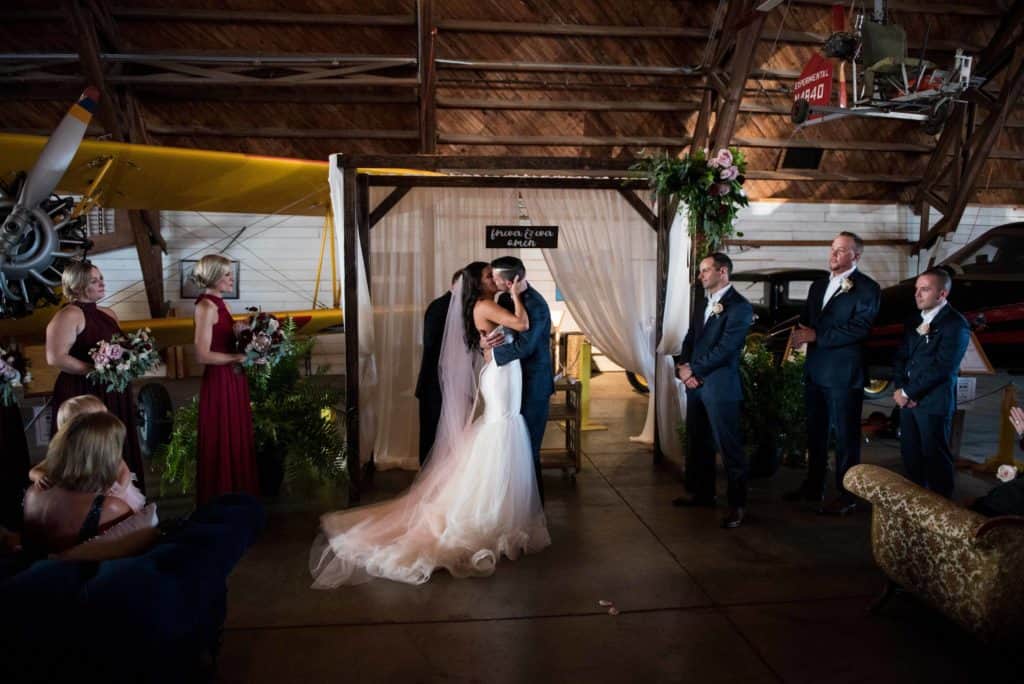 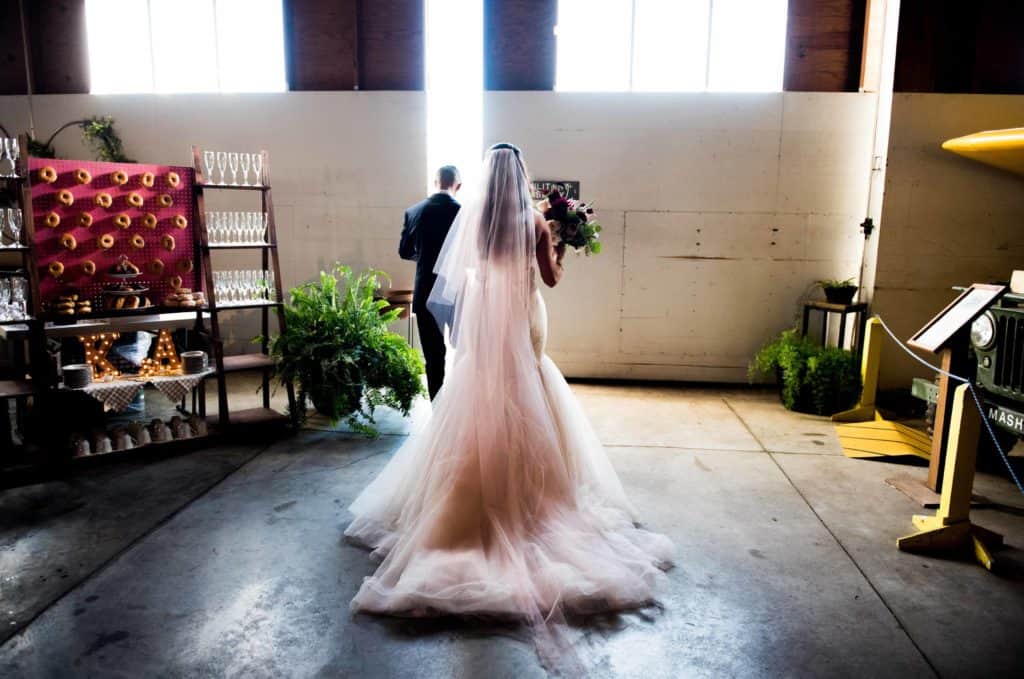 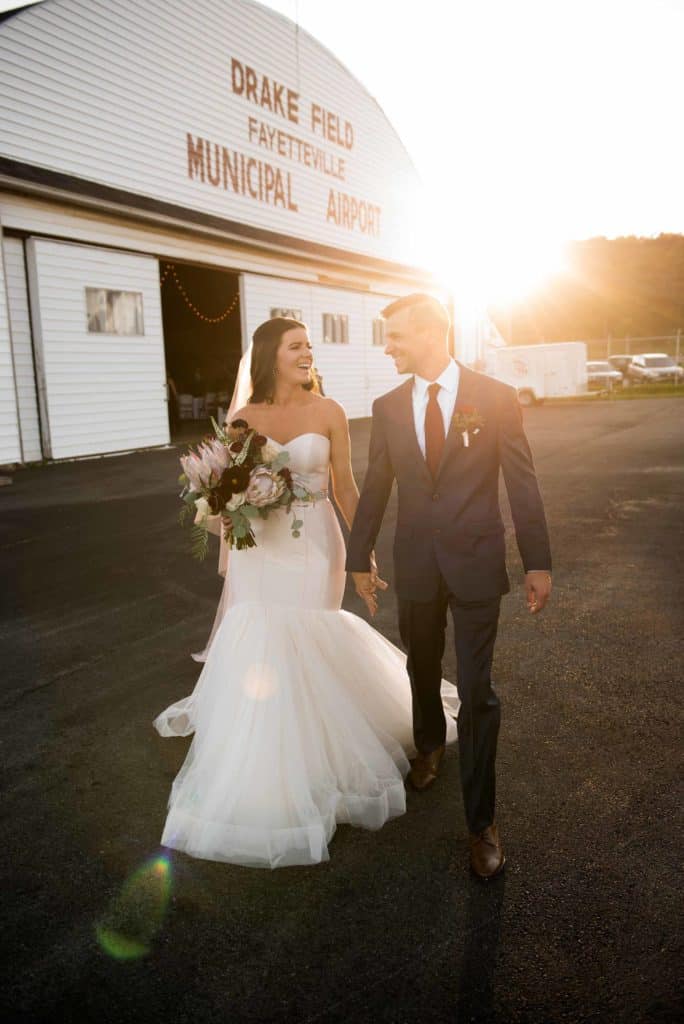 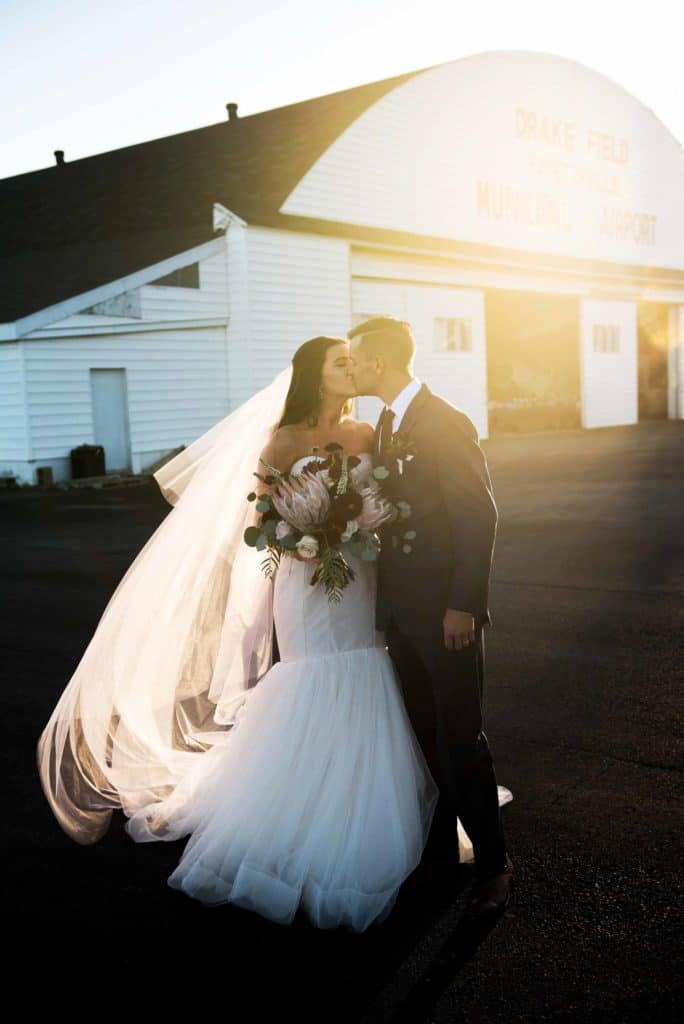 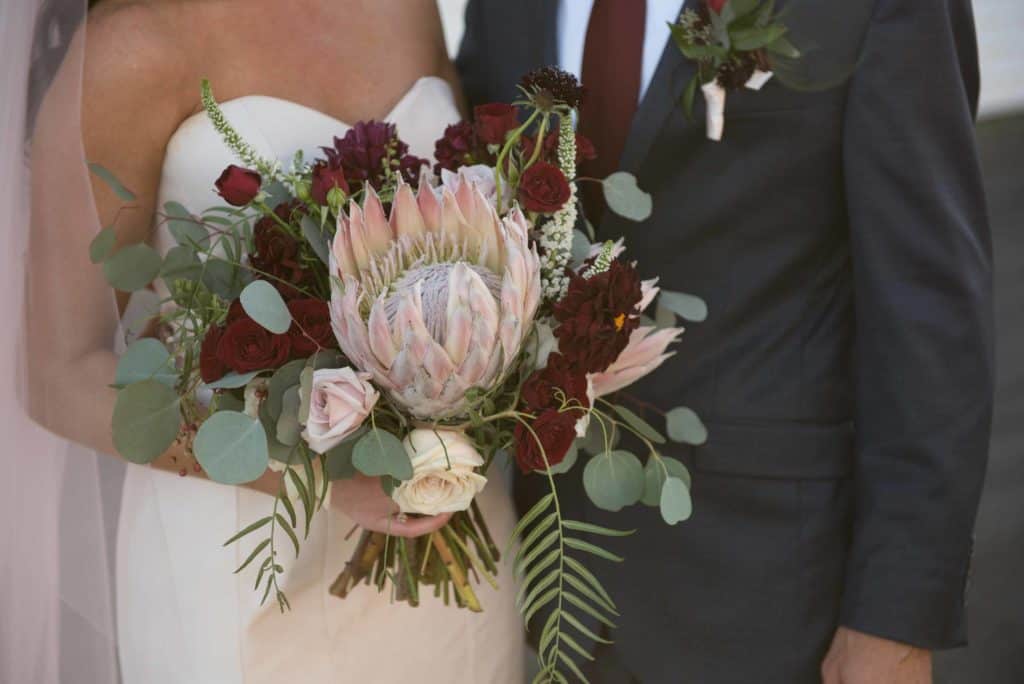 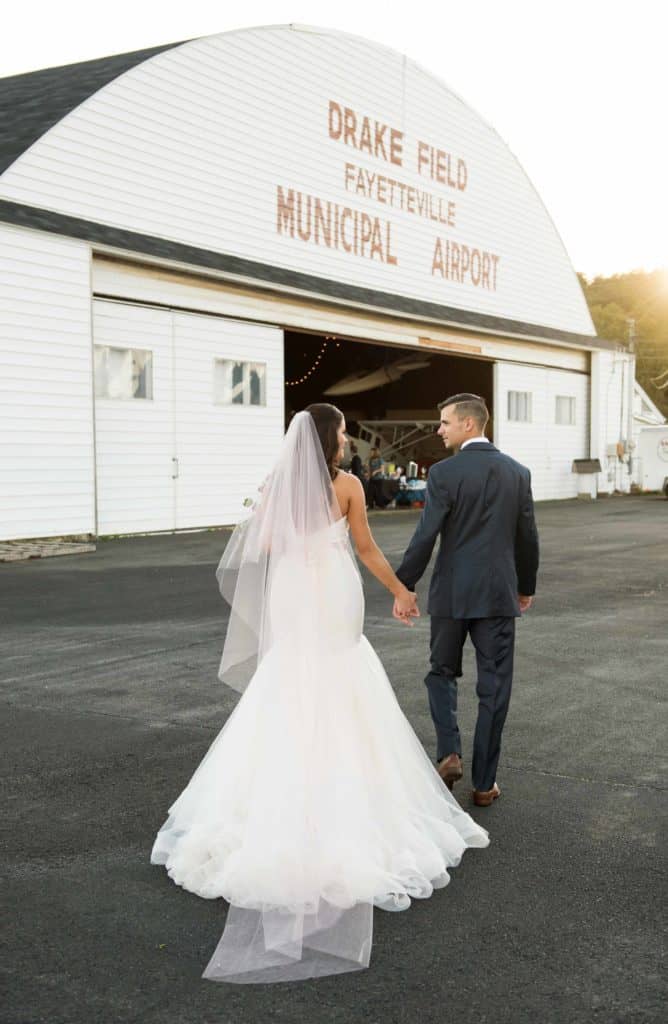 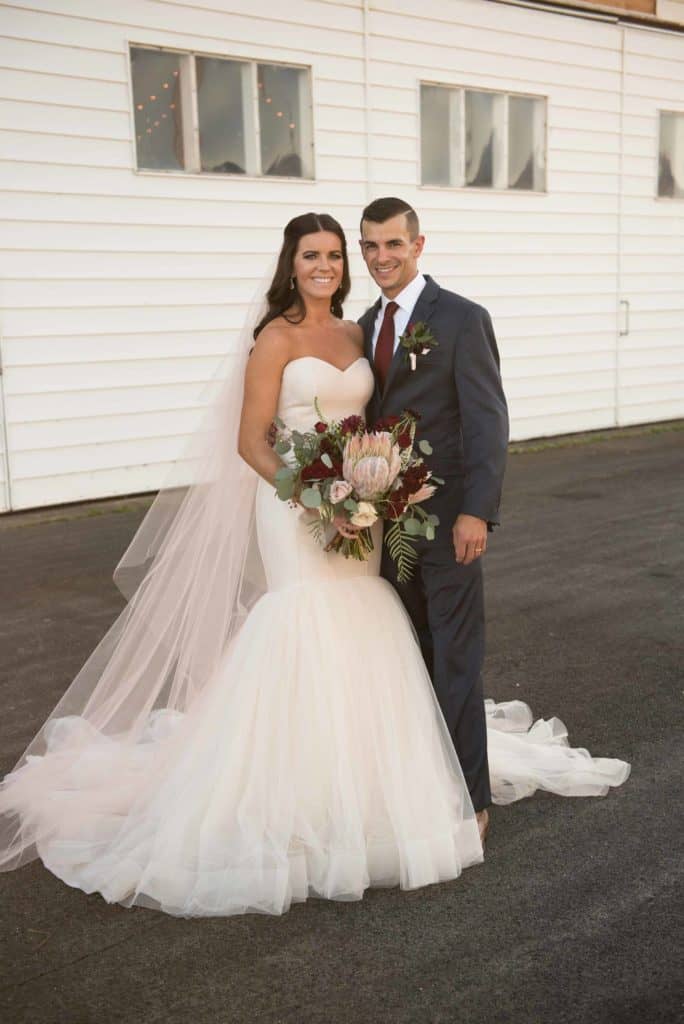