Emily and Joe Mattli’s wedding was the happy ending of a love story that stretched back to the couple’s high school days—at least it did for Emily.

“We went to the same high school in Smithville,” she says. “I was a freshman when he was a senior and he was like big man on campus. They actually called him Big Joe. I was too nervous to talk to him, but I had a crush on him.”

Years later, Emily spotted Joe at the grocery store. “I looked horrible, so I didn’t want to say anything to him,” she explains, but the encounter inspired her to seek him out on Facebook. She reached out to invite him to go disc golfing, and their relationship took off. Thirteen months later, they got engaged at the spot where they celebrated their first Valentine’s Day as a couple.

Neither had a strong idea of what they wanted from their wedding, but Emily took the lead with planning—whatever Joe tried to do, she had already done, she says with a laugh. The first piece to fall into place was their venue, Backwoods Venue 222 in Gower, Missouri, a beautiful barn that was originally an antique museum. Its rustic feel influenced the rest of the wedding’s aesthetic.

Another crucial step in the planning process? Finding the dress, of course.

“I knew I didn’t want to buy my dress without my dad seeing it first,” says Emily, a self-described dad’s girl. Her father happened to be working down the street from Savvy Bridal when she came in to try on gowns, and he gave his seal of approval with a simple “That’ll do.”

She didn’t expect to choose such a full gown, but the silhouette won her over, and she loved the straps and fit. Joe was also a fan of the look.

“Joe was a mess when he saw me,” Emily says. The couple had decided not to see each other before they walked down the aisle, which made the moment even more special. Gathering with their families was another highlight.

One thing that wasn’t ideal? The weather. Don’t let their beautiful outdoor photos fool you—Emily and Joe wed on Dec. 30th, 2017, and the temperature was a bone-chilling six degrees.

“It was so cold but so worth it,” she says of braving the frigid temps to pose for the photos. Fortunately, they didn’t have to travel far in the cold, as Backwoods Venue 222 was home to both their ceremony and reception, which Emily appreciated.

She suggests other couples consider following suit and staying at one venue throughout the day or evening, especially if you can set up and decorate the day before and spend your wedding day focusing on getting ready and walking down the aisle.

Her other advice for couples planning their nuptials: “Have fun and don’t worry about the little things. We worried a lot, but the day went so well!” 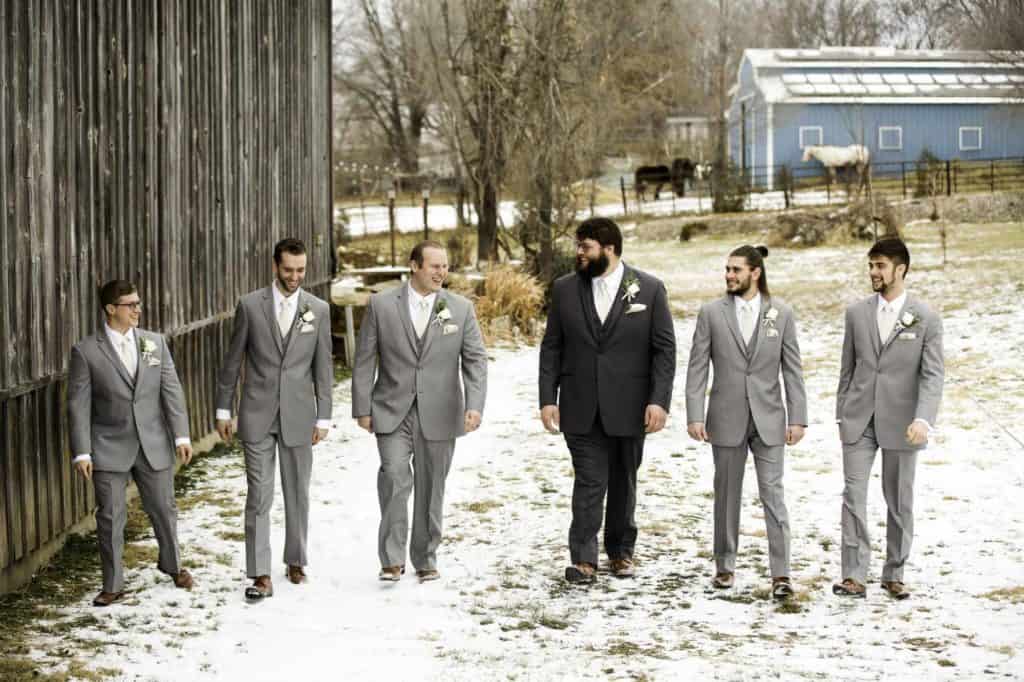 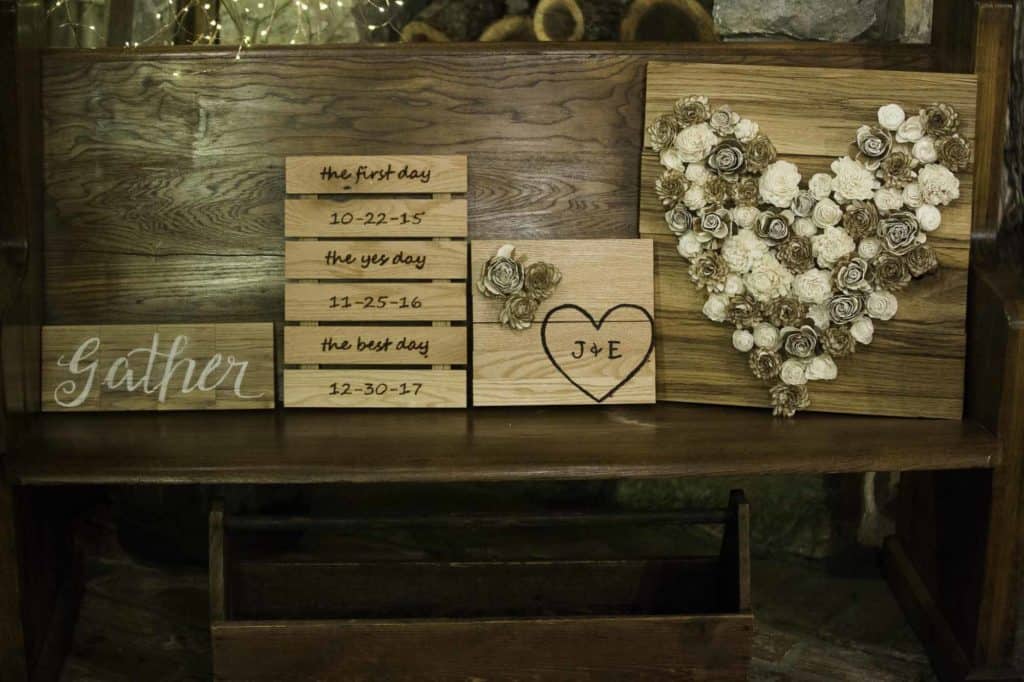 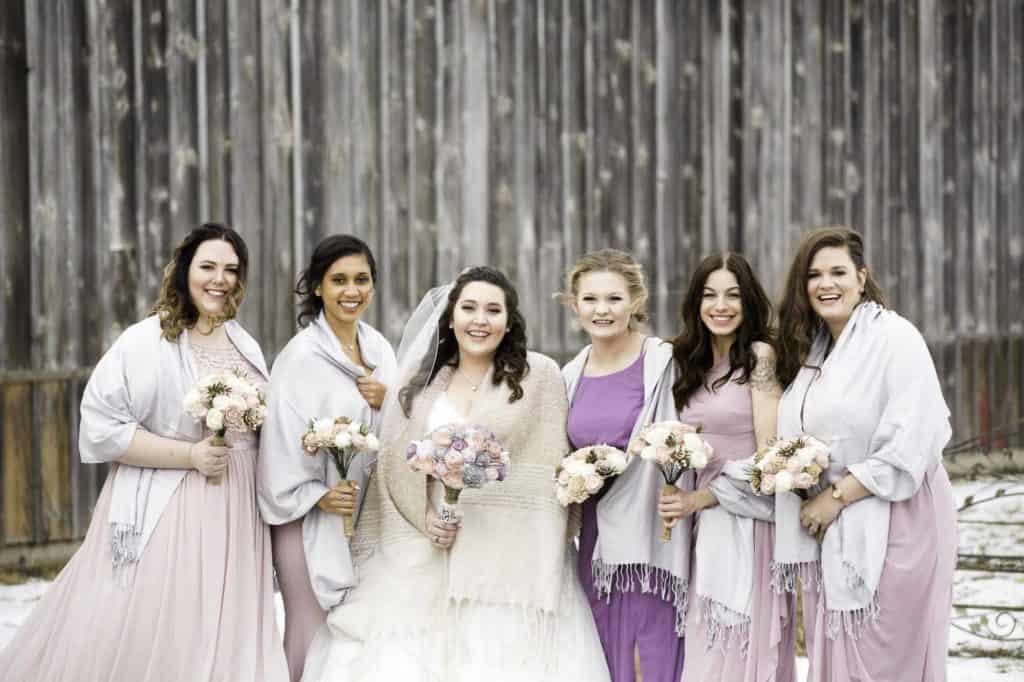 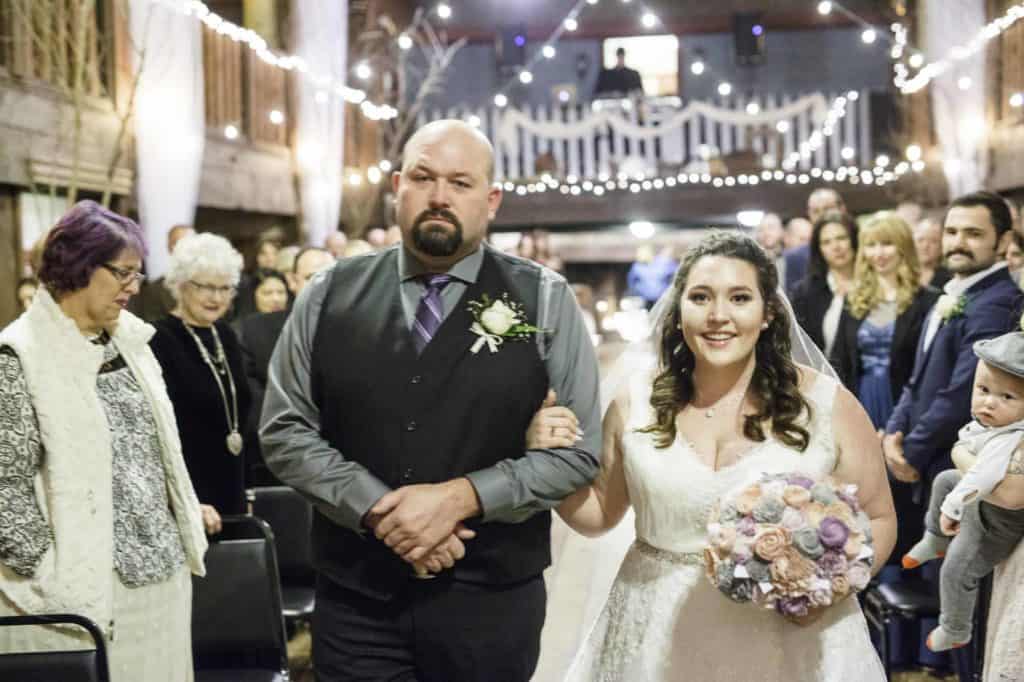 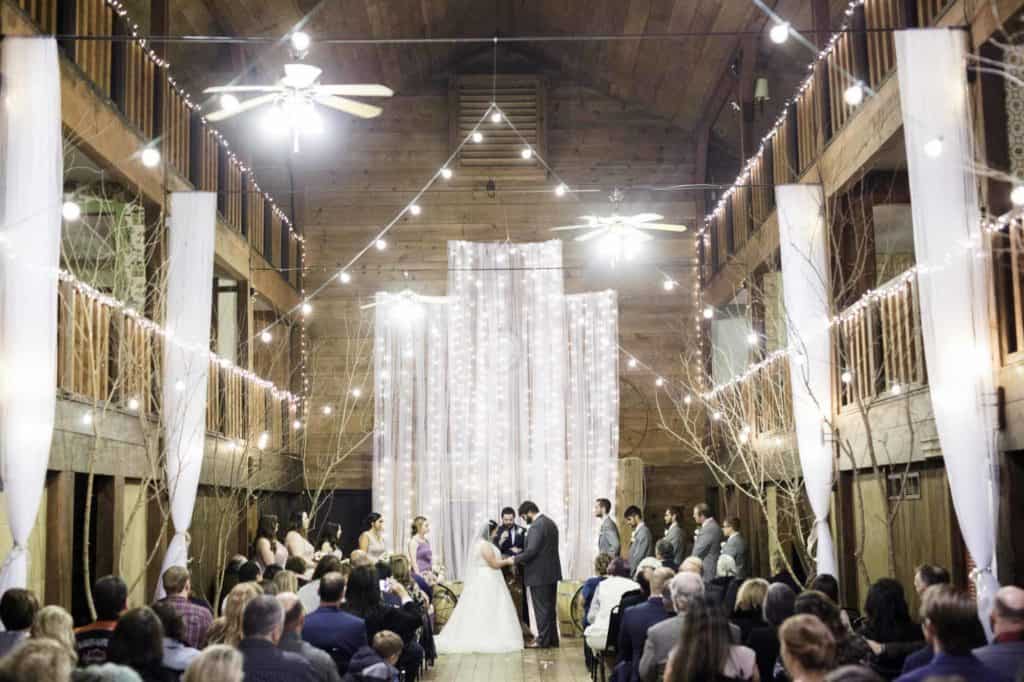 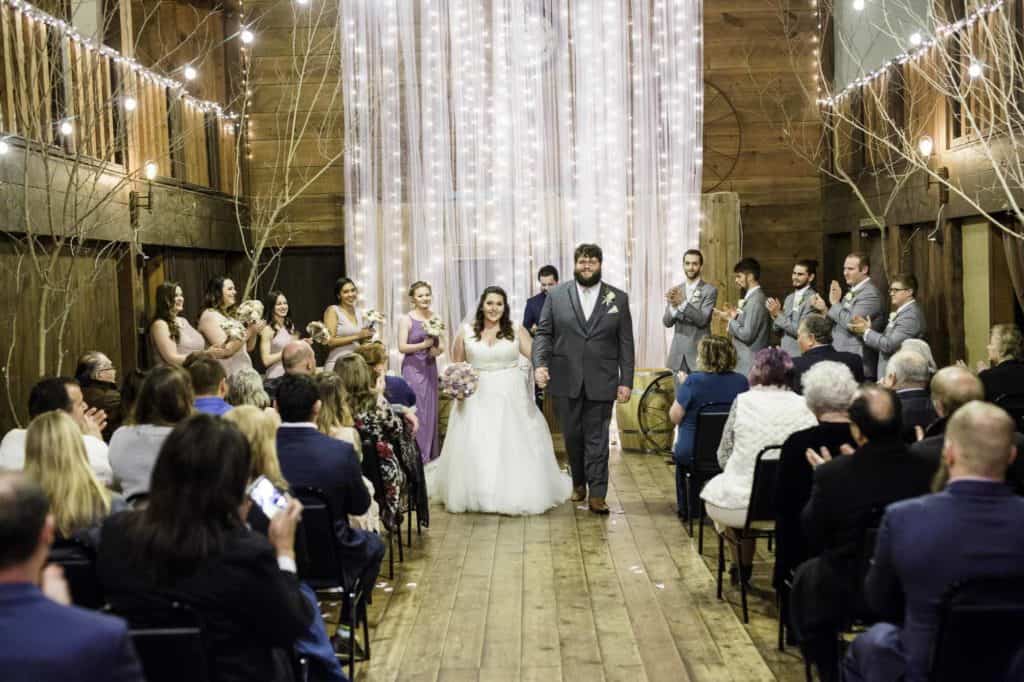 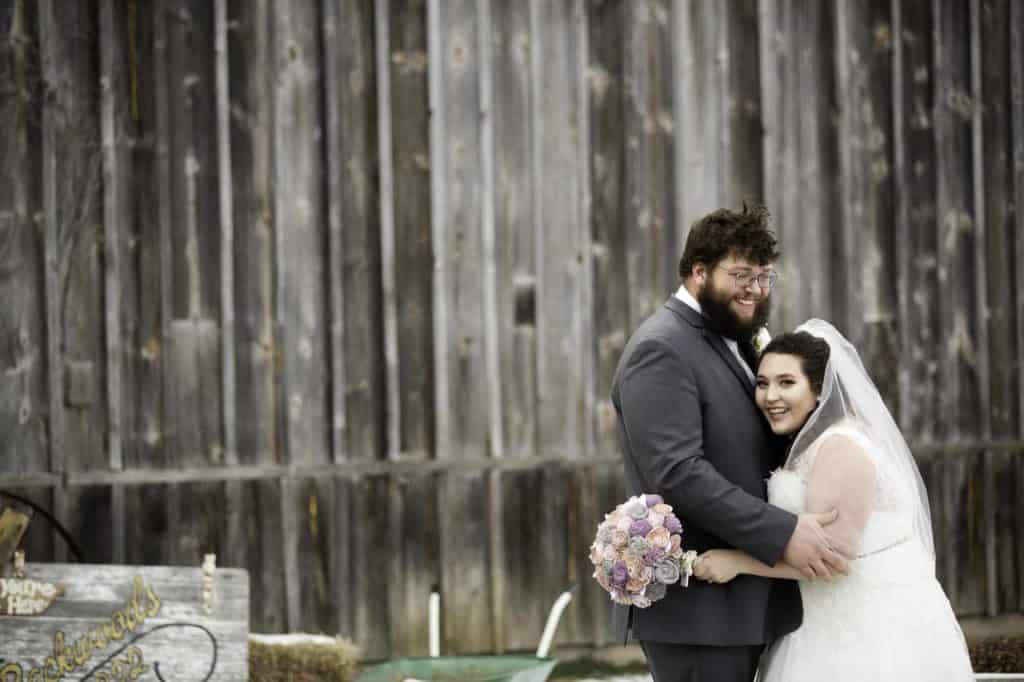 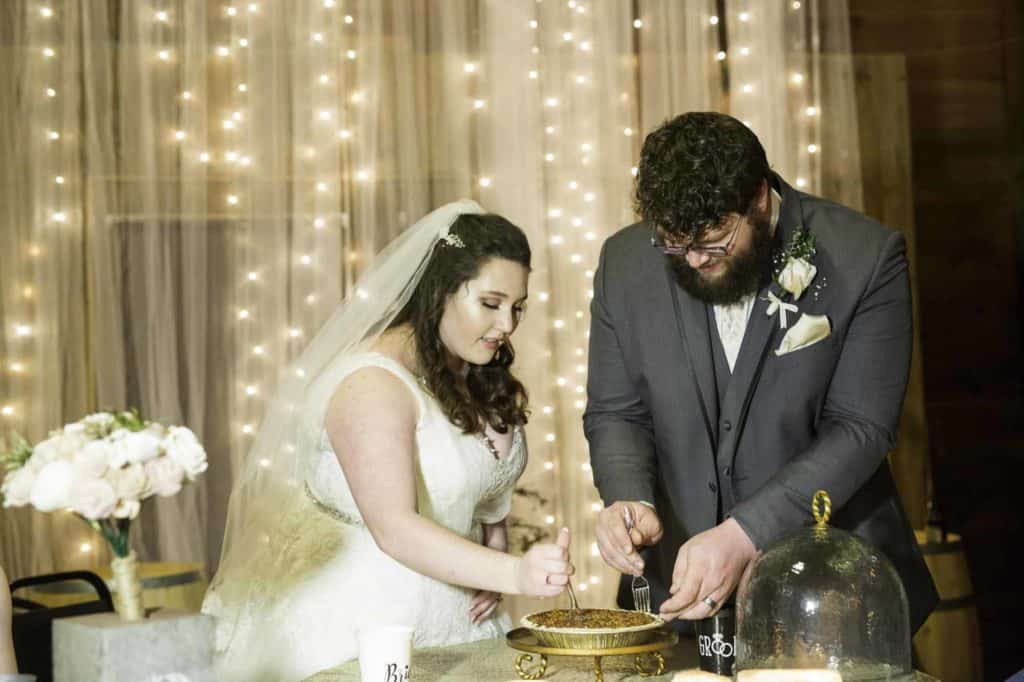 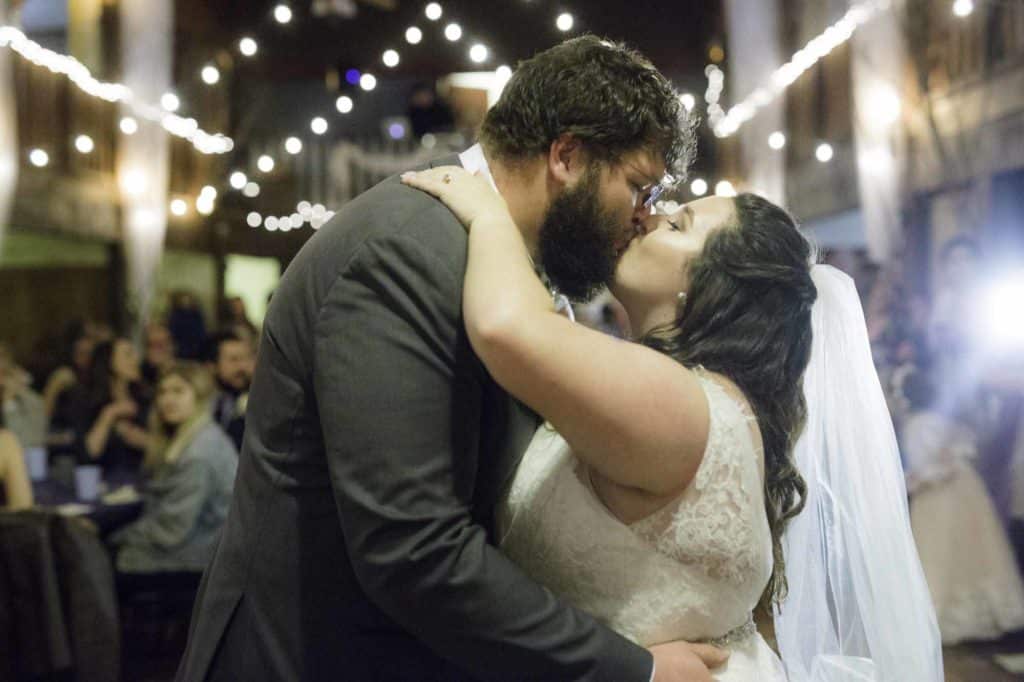