Faith and family helped bring Courtney and Andrew Summers together.

Courtney and Andrew met in Lawrence, Kansas, where Courtney grew up and Andrew’s brother serves as a pastor. They connected through his church, which her family had started attending.

“There was a cute boy playing guitar up at the front that I wanted to see every week,” she recalls about noticing Andrew.

The pair knew of each other for a while before they got together, but when they did start dating, the courtship was quick. After six months, Andrew was helping Courtney move from Phoenix, where she was attending graduate school at Arizona State University, for the summer and proposed at the Grand Canyon, catching Courtney totally off guard.

“We had talked about it, I thought it was an option for the future, but I did not expect it that quickly,” she says.

Courtney found there was a steep learning curve when it came to planning their big day, especially because she said she really hadn’t thought of anything. But she and Andrew eventually figured out what they wanted, a process that started with finding the right venue, one where they could hold both the ceremony and reception. Arterra Event Gallery, a polished yet unfussy space in Lawrence offered a major perk—the venue rental included total setup and breakdown as well as tables, chairs, linens, china and catering.

“We basically just had to figure out cake and flowers on our own,” Courtney says, which was an ideal situation for a bride planning her Kansas nuptials all the way from Arizona.

The Summers knew they wanted the day to feel organic and simple—“We didn’t want anything grandiose or over the top, just kind of an almost backyard wedding feel,” she explains, but it wasn’t until they were setting up the day before that she realized everything had truly come together.

Another perfect piece in place? The dress she found at Savvy Bridal, a simple A-line dress with spaghetti straps that crossed in the back and a sash accentuating the waist. Although it wasn’t at all the dress she envisioned getting going into the boutique, Courtney couldn’t resist how comfortable she felt in it.

When it came time for their wedding in early June 2018, Courtney and her friends went to her parents’ house to get ready; she valued the opportunity to relax with loved ones in a familiar setting. Later that day, she remembers walking down the aisle, trying to take everything in. Another highlight included her father-daughter dance to an instrumental version of The Beatles’ “Blackbird.”

With rings and “I dos” now exchanged, Courtney emphasizes the importance of easing up on the planning reigns and delegating tasks. She also advises other couples to avoid trying to please everyone.

“Be OK with knowing that you can’t, and it’s your wedding, so you don’t have to,” she says.

Cake: Made by Molly 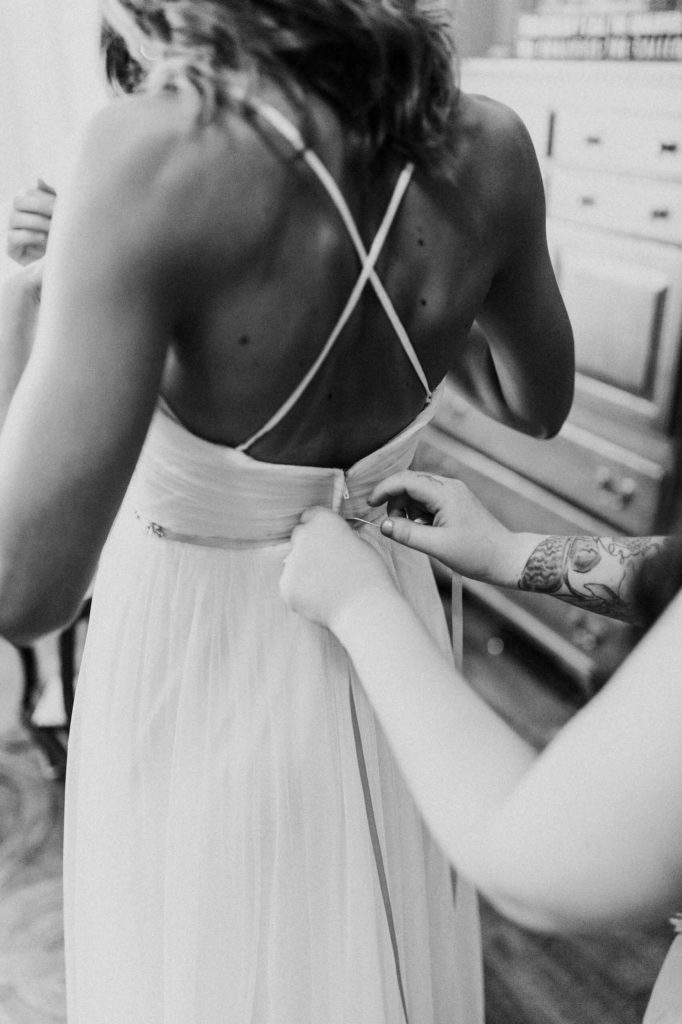 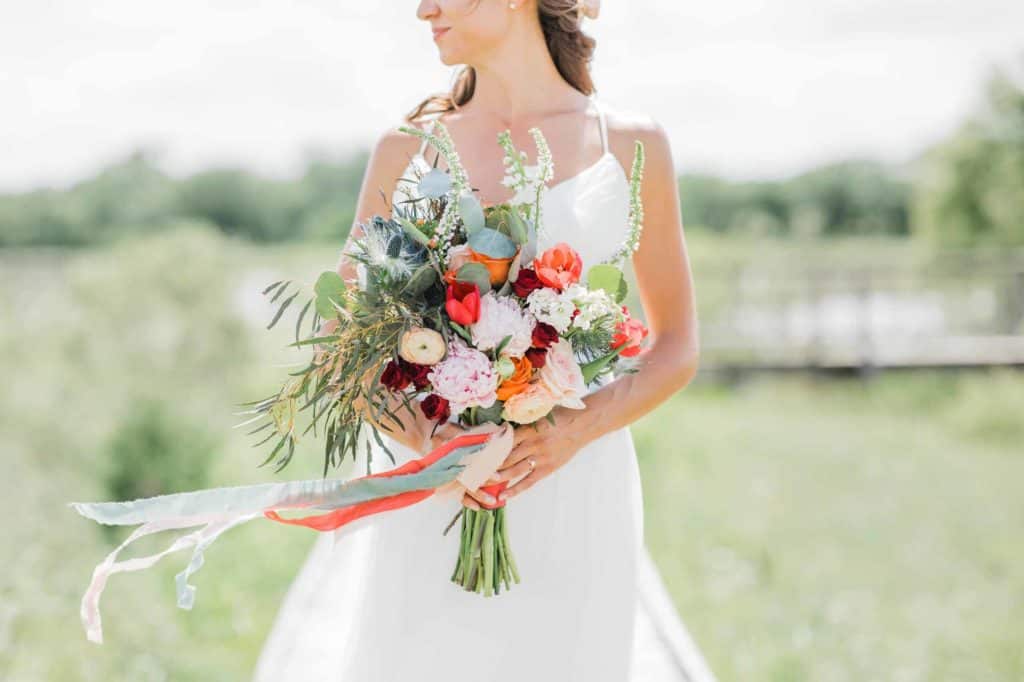 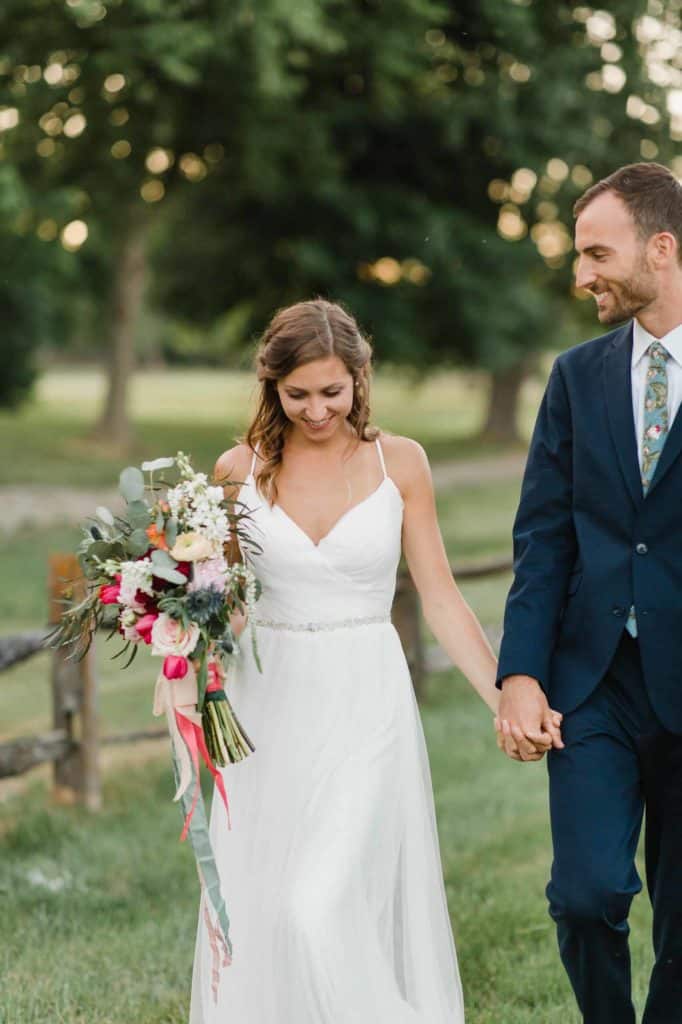 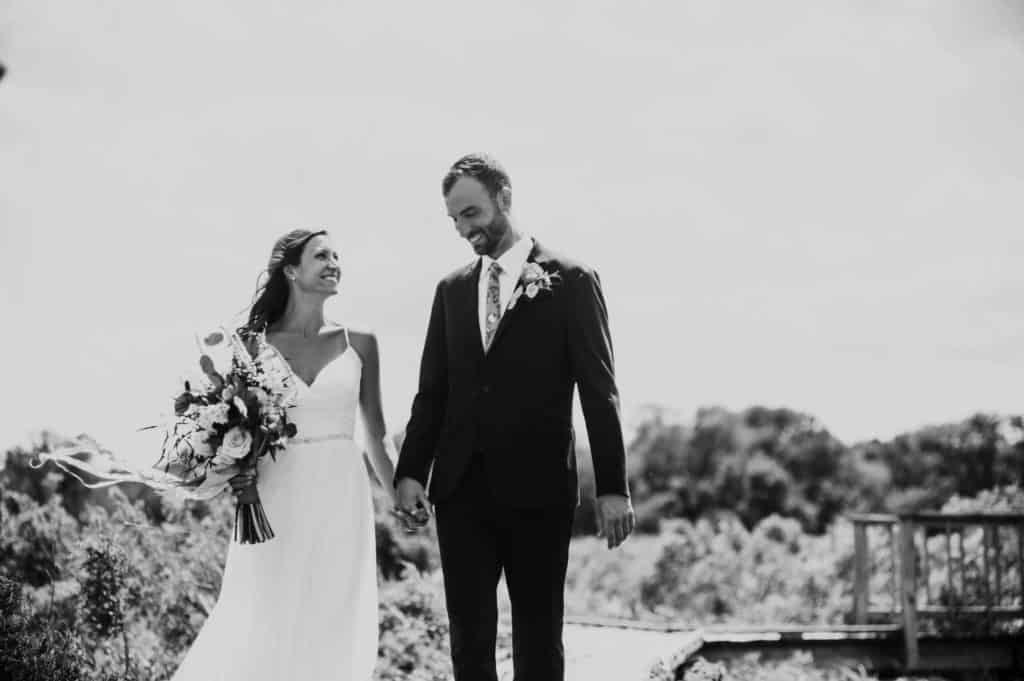 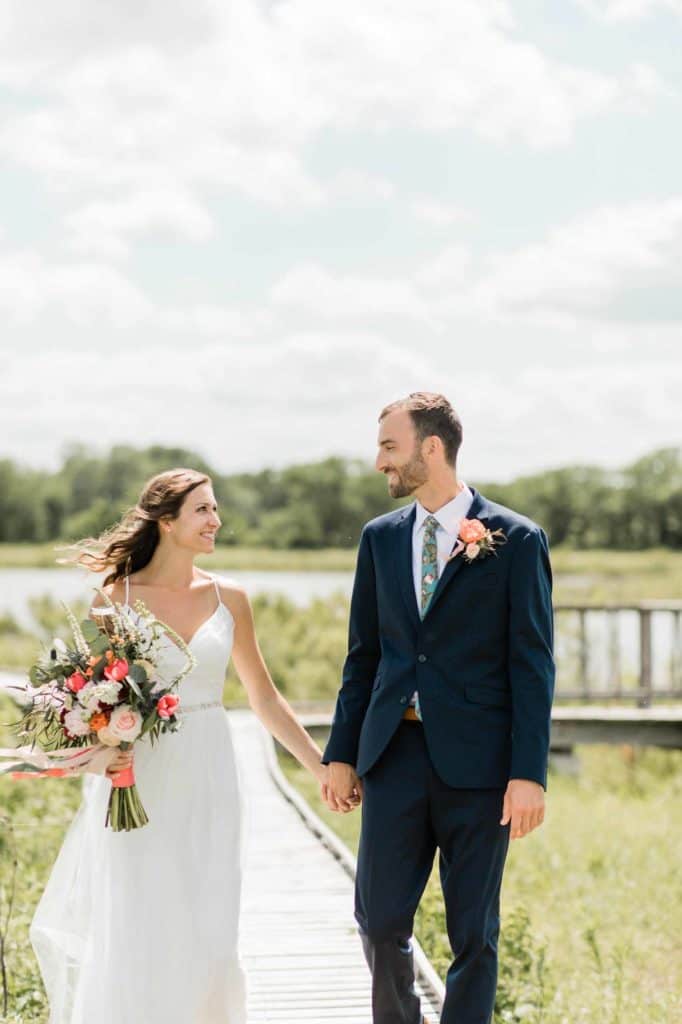